What are the fun facts about Malta?

In trying to better understand what makes Malta so special, here are some fun facts about Malta that we thought we’d share with everyone.

1. Malta being so small give foreigners the impression that all the Maltese know each other

Malta being relatively small does make it easy to get to know a lot of people. It is not the first time that locals were asked if they know all the other Maltese people on the island. In reality, this question is an exaggeration of the truth, people do not know everyone on, however, chances are that you will most probably have some friends or relative in common.

2. Maltese people are either Italian or English supporters in football

If you ask Maltese people about football, you will find out that a great majority of them will side England or Italy. In fact, during a World Cup or a Euro, Malta is divided into two, England supporters usually go and watch the matches in the town of Bugibba, while Italy supporters would go to St. Julians.

3. Maltese may be best of friends, but during feasts, people from the same town can become rivals

As a general rule, Maltese people are very fanatics, especially when it comes to their village feast. In each town, there is a minimum of one patron saint. If there is more than one, the village will hold two feasts and this means that the people supporting different patron saints will become rivals just for this week. 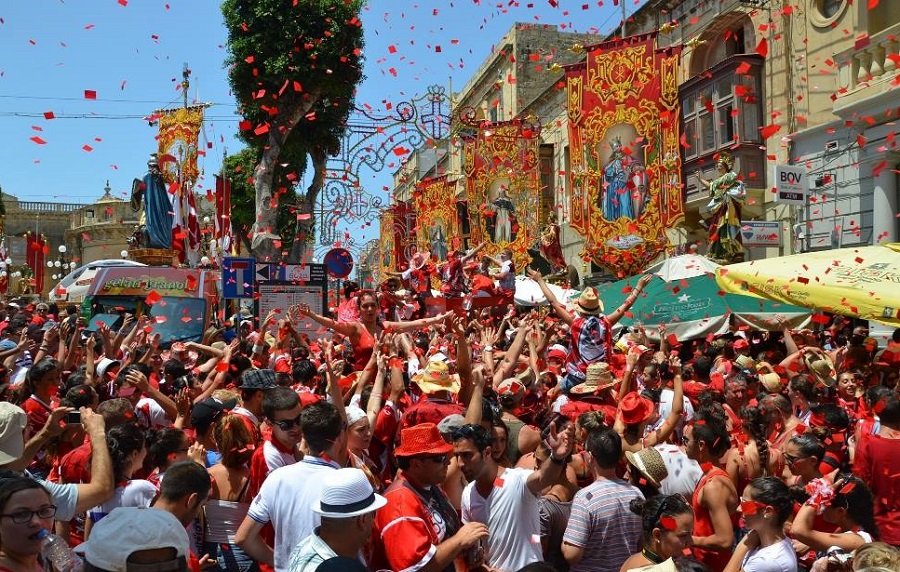 Yes, the Maltese love their cars. It is hard to believe that a 316 km2 island can hold so many cars. However, it is a very common thing that almost every member of the family has a car. As a matter of fact, many families would give a car as a gift to their kids on their 18th birthday. As a nation, Maltese are considered to be quite lazy and not having a car makes living very difficult for the Maltese. 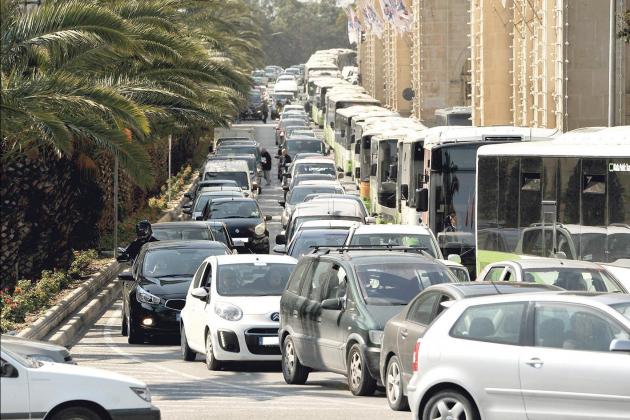 5. Living with parents until the children get married is a pretty normal thing

Due to the island being so small, children do not have to face the necessity to move away from home when they go to universities or colleges, the distance does not change much. One cannot judge considering the property prices on the island. Many people prefer having fewer expenses and more comfort at the cost of less privacy.

6. In Malta there are 359 churches. Almost one for each day of the year

Yes, Malta is a very Catholic country and there is no way of hiding it. To prove this, one can find almost has one church for each day of the year around the Maltese islands.

7. In some towns, one can still find vans that would come to sell bread, gas cylinders, bigilla (Maltese traditional dip), doughnuts and ice-cream

These no longer have a specific time when they come, however, when they come all locals will know. All of the above have a specific sound that they make, which is different from each other. One thing that these sounds will have in common is the volume, it is so loud that you can never miss it.

8. Most of the Maltese people speak 3 languages fluently

Due to the island being conquered by so many nations, the influence of other languages in everyday life is normality. Up until the 90s, in Malta you could not find any English television, one could only find Maltese and Italian stations. Therefore, many Maltese learnt Italian by watching Italian cartoons. English is the second national language and Maltese is the first National Language of Malta.

9. Maltese are nuts about Eurovision

No matter how old or young a Maltese person is, there is no way that they will not know the lyrics to Eurovision songs. There is no chance that any Maltese will miss watching the festival. 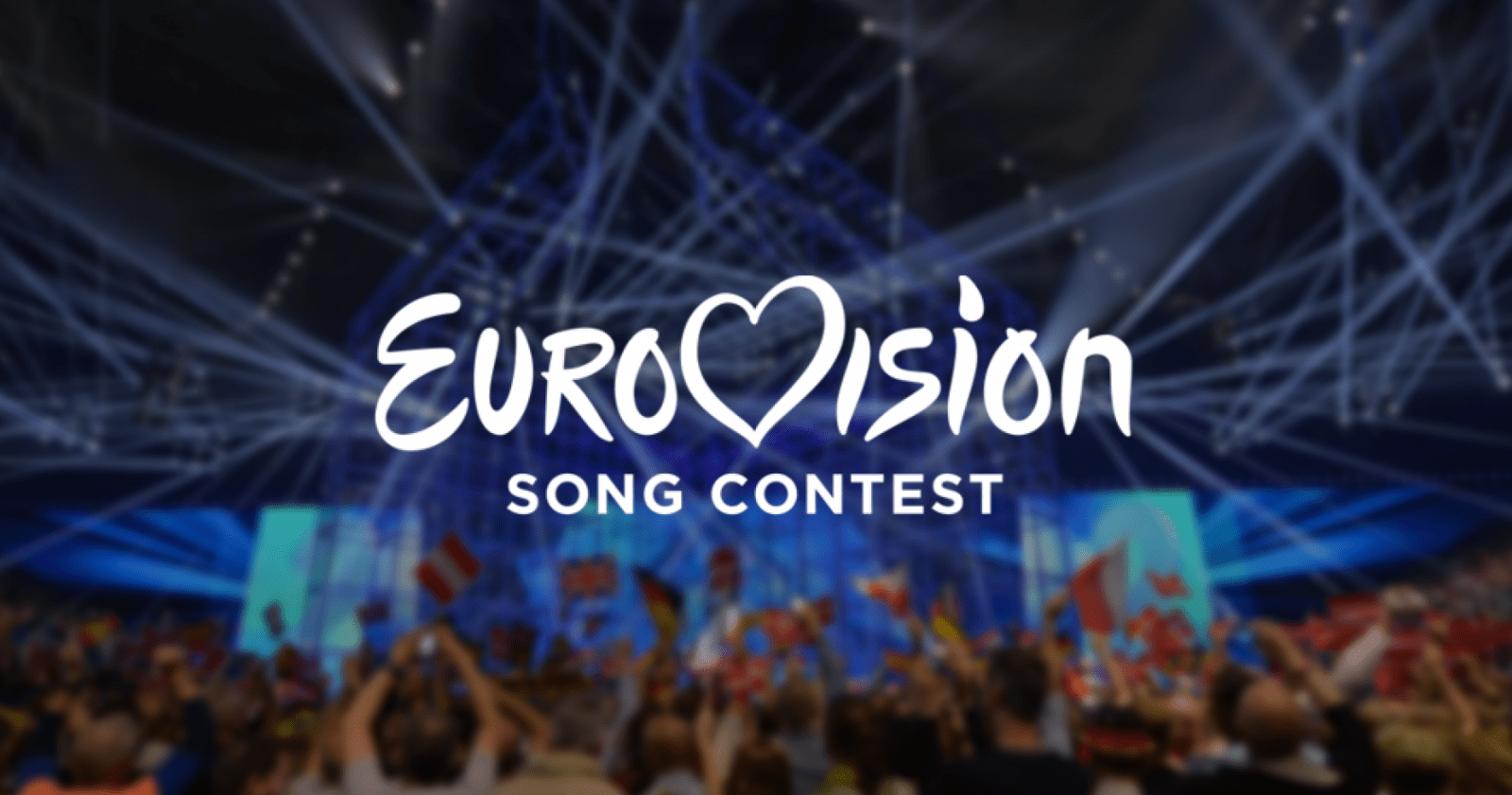 It might not be as simple as it sounds, however, when Malta was to choose who to become conquered by, the chose to become a British colony and were not forced into this decision.

11. The tales about temples constructed by a gigantic race of people

As a prove of this, they names the temples – Ġgantija meaning “place of Giants” in Maltese. These temples are set on the sister island, Gozo.

12. There are more Maltese in Australia than there are in Malta

This is in fact not true, there are close to 200,000 people with Maltese descent in Australia but around 450,00 Maltese in Malta.  Therefore, this is just an exaggerated saying.

13. Maltese blood does seem to have the singing gene

Not that many Maltese singers manage to become famous internationally, however, many popular singers seem to be of Maltese descends, some of which are: Tash Sultana, Bryan Adams, Natalie Imbruglia and Britney Spears.

This fact comes to a surprise to many, since, Maltese are usually not very highly ranked internationally in sports. Pity that Rugby is not the even the most popular sport on the Island. 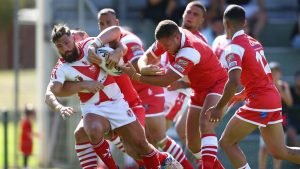 15. Everyone knows everything about everyone

Gossip for Maltese is like fuel for a car. Even if you do not care to learn any gossip, it is close to impossible. Word spreads too quickly.

Maltese, same as most of the other southern European people, are very loud. They do not feel the need to walk closer to the people they want to talk to, instead, they just shout a little louder. If you live on a ground floor, be prepared to have a wake-up call every day, not later than 7 am.

Sadly enough, the one thing that Malta misses when it comes to nature, is forests. You can find only one tiny forest called Buskett. The name Buskett, in fact, comes from the Italian word Boschetto, which means, little forest.

The crime rate in Malta is close to negligible, no matter your gender or age, you will always feel safe anywhere you go.