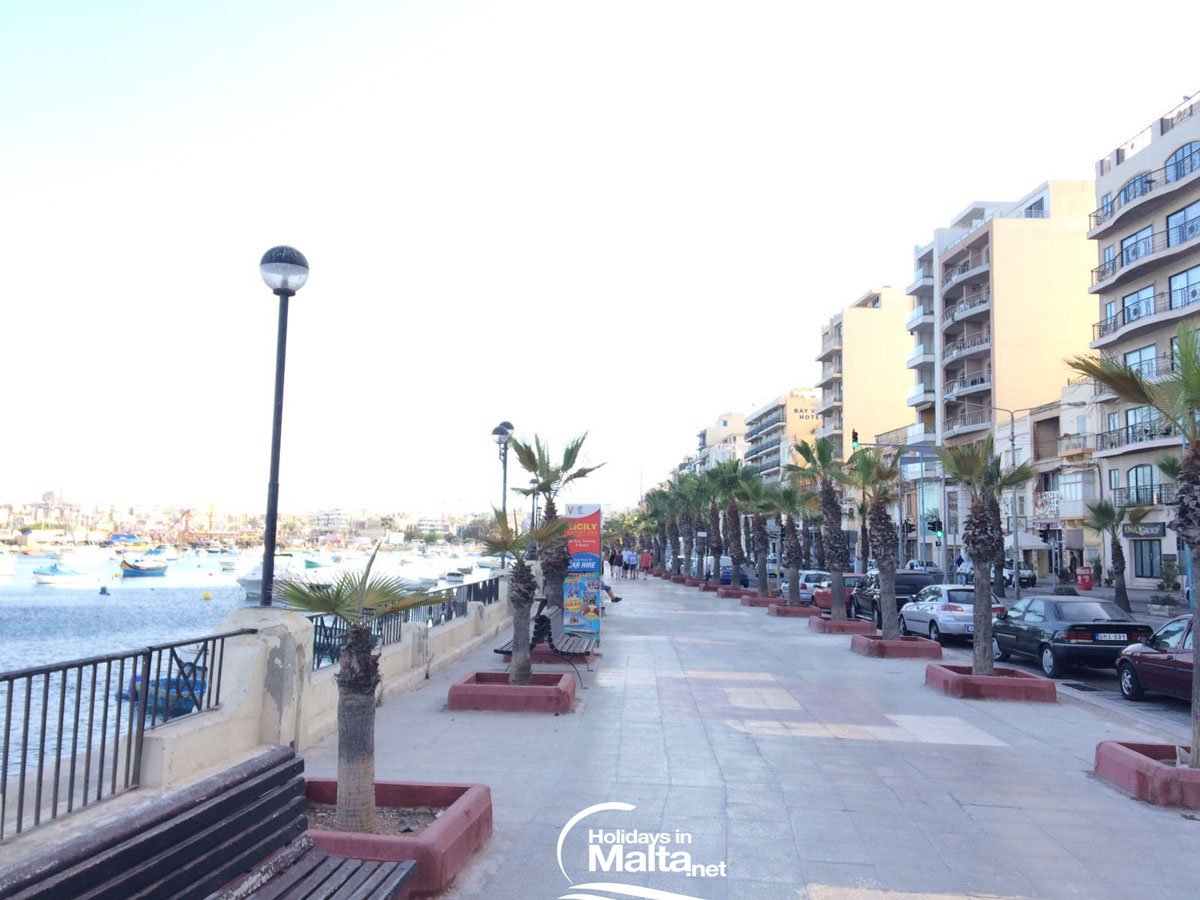 When literally translated to Maltese, Gzira means ‘Island’. It’s a central town with lots of things to see and do and a stone throw away from other major cities and attractions. In this article, we will list all the things you should know about this wonderful destination for your next holiday in Malta.

Why stay in Gzira?

Simple. It’s centrally and very conveniently located close to the night clubs of Sliema, the views of the capital and incredible swimming spots. Gzira is also home to so many different restaurants and bars. Accommodation in Gzira is both affordable and of good quality. Everyone speaks fluent English and the people will make you feel like one of their own.

Where to stay in Gzira

Staying next to the sea, closer to Sliema Ferry, can be your best choice. Check out the accommodation calendar below.

Like every Maltese town or city, Gzira is rich with history which dates back to the times of when the knights lived in Malta.

As referred to in the introduction, Gzira ‘the island’ is named like this due to the Manuel Island which sits in the middle of the harbour in Gzira.

The fortification on Manuel Island, better known as Fort Manuel, was built by Grandmaster Manuel de Villa back in 1726. But the history on this little piece of land goes back even further when in 1634, Grandmaster Jean-Paul Lascaris built a quarantine hospital. This hospital received patients with plagues and cholera who came aboard ships in times of war.

Gzira also played an important role during the second world war. At the time, Malta was under British rule and given its unique geographical location, Gzira was used as a naval base for the British.

It was around this period, in the middle of the century when the streets of Gzira started to be synonymous with one particular ‘leisurely’ activity. Prostitution has rooted itself into Gzira’s history and in some particular streets, the fame for carnal pleasures still stand to this very day.

The residents of this town are big football fans. Gzira United has its own football ground.

Gzira sits in a perfect spot on the Maltese islands. It’s considered a central town with a unique position so close to the Mediterranean sea. The location is, in fact, one of the real gems which make Gzira so unique. Sliema, which is one of the most famous touristic hotspots in Malta, is only a couple of kilometres away. Sliema and Gzira actually touch with each other and you can easily cross from one to the other on foot. Winter days in Malta can offer you some beautiful weather, so perhaps, a nice walk from Gzira to the Sliema waterfront would be a brilliant idea.

Gzira also sees a lot of students especially during winter months, this is due to the fact that the University of Malta is located so close to the town.

The capital of Malta, Valletta (which should definitely be on your list of places to visit while in Malta) is also a short ride away.

How to get to Gzira

The only airport in Malta is situated in Gudja, in the southern tip of the island. The easiest and cheapest way to get to Gzira is by catching the public transport bus. Here’s what you need to do:

Once you land go to the nearest bus stop which is just at the exit of the airport and wait for the bus X2 which passes every 60 minutes and is the only direct bus from the Airport to the Centre of Gzira. The ride will be about 60 minutes. This bus reaches Gzira at the bus stop Qroqq 3 which is in the beginning of the city. If your destination is closer to the centre and Ferry area, then it is better to continue the ride. The bus will pass St. Julians and Sliema and after that, will reach Gzira again and make stops Ponsonby, Gzira, Imperu, Librerija.

Another option is to take the bus to St. Julians or Valletta and catch the bus to Gzira from there.

If you find any difficulty or want to check the full schedule you can visit publictransport.com.mt for more information. The information office at the arrivals hall at the airport can also lend you a hand.

The most popular company being Ecabs and Bolt which is like Uber, you would expect to pay no less than 15 euro with an average of €20. You can download the App Bolt which is usually a bit cheaper than any other taxi company.

The capital city of Malta, Valletta has the biggest and main terminus on the island. To get to Gzira from Valletta you need to catch either the bus with number 15 or 21 but also buses with directions to St. Julians are passing through Gzira.

Where to eat or drink

With a culinary variety from all across the globe, Gzira is a real hotspot for the tasty senses with so many good places to choose from.

Balance Bowl (182 Triq Ix – Xatt, Il-Gżira): Open between 10AM – 10pm, this restaurant offers the best plant-based food in the area. It’s menu champions sustainability and health. Here it is on the Map.

HiMù (195 the strand, Triq ix Xatt, Gżira GZR, Malta, Il-Gżira GZR 1163) Possibly one of the best pizza places in the area. Make sure you try it’s famous burrata. Here is on the Map.

Paparazzi (29 Club House, Triq Il-Forti Manoel, Il-Gżira): A more family-oriented, traditional restaurant offering all the basics such as pizza, pasta and meat. Here is on the Map.

Maharaja (55 Triq Ix – Xatt, Il-Gżira): A great Indian restaurant on the seafront of Gzira. Here is on the Map.

Good Thaimes: No it’s not a spelling mistake. As the name implies, Good Thaimes not only offers a good spot for good drinks but also serves good Thai dishes. Prices are also very reasonable and has a wide variety of beers from all across the world.

Cafe’ Jubilee: As popular in other localities around Malta and Gozo, Jubilee is still very popular for its live gigs.

What to do in Gzira

Here is a list of things to do in Gzira: