The Maltese language – one of the rarest on the planet 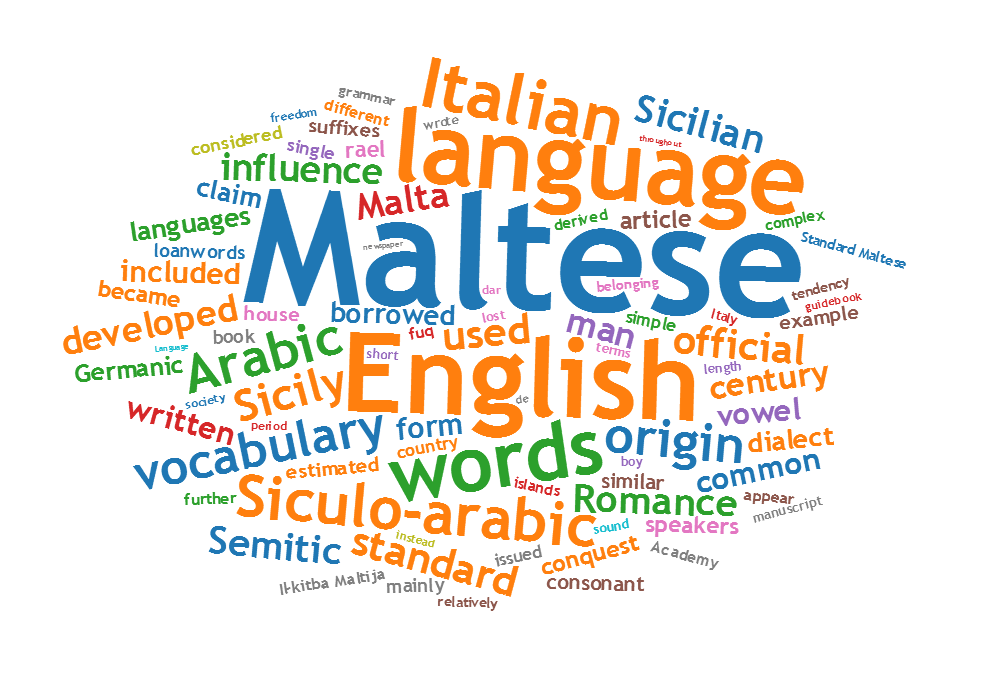 Malta has two official languages, Maltese and English. Up until 1934, Italian was also one of the official languages in the Maltese islands. Because of foreign influence, the Maltese population had to adapt and change. With the change of conquests, came a change in languages and the inhabitants of the islands managed to adapt incredibly well. Today, the Maltese language is one of the rarest on the planet. It’s rarer than the Kichwa in Ecuador and Quechua in Peru which are spoken by millions. In this feature, we will explore the basics of the language in Malta and give you an insight into this unique cultural aspect.

Where does it come from?

If you ever have the opportunity to sit and listen to a Maltese person speaking the language, you will probably notice some words which are similar to other European languages. You’ll hear a flair of something similar to Latin and Arabic. You’ll probably be a bit confused because some words are literally derived from Italian or French while others come from Masri or Arabic. But at the same time, you cannot deduce that it is one language and not the other. Well, because you’re right. Maltese originated as a Semitic language (mostly Arab) but has developed over time, through invasion and conquests of different empires, with more Latin influence and sound to it all.

Almost all of the basic words in Maltese are derived from Arabic. But through time, more complicated descriptions and concepts brought about the use of Latin. The religious influence and re-Christianisation of the Maltese islands made Latin a prominent player in the language.

Despite being spoken exclusively by the small population of the islands, Maltese is a recognised official language of the European Union. There’s an iconic video of the former Maltese Prime Minister Joseph Muscat yelling in the EU parliament because he did not have a translator for his speech. Watch it here, it’s hilarious.

Basic phrases which are essential for your visit to Malta

It wouldn’t be such a bad idea if you could memorise some basic phrases ideal for your trip to Malta. Always keep in mind that when you’re in doubt, the majority of the Maltese population speak really good English. But to make things a little more fun, let’s teach you some basic phrases.

Bongu, kif inti? – Good morning, how are you?

Din kemm hi? – How much does this cost?

Jien jisimni…- My name is…

Books to read and authors to look out for

The Maltese literature scene is going through a very interesting phase. Books are looking fresher than ever and the number of published works is on the rise. The local book publication scene has many participants but a couple of publication houses were and are still dominating this segment of entertainment in society. Klabb KotbaMaltin is the oldest publication house and still enjoys the respect of a large audience. Merlin publishers have managed to dominate the teenage and children’s literary audiences and run a publishing house that is fresh and with professional marketing. Other companies like Kite and Horizon are also emerging as participants in this highly competitive sector.

Book topics range widely but some fresh authors are bringing in the unconventional. Authors in Malta have always sought controversy and some take the step even further. Here are our favourite authors you should watch out for if you’re interested in reading some good Maltese literature:

Immanuel Mifsud: Is perhaps the most influential of Maltese authors with a vast collection of novels and short stories. Some of his work has been translated into multiple languages.

Alex Vella Gera: Known for dealing with controversial topics, Vella Gera is outspoken both in his public life and in his writing. A true master of the art of writing, Vella Gera won the national book price more than once.

Loranne Vella: Check her latest publications Rokit and Magna Mater. Together with author Simon Bartolo, she wrote one of Malta’s most famous teenage trilogies, Il-Fiddien.

Walid Nabhan: An author of Palestinian-Jordanian origin with successful publications like L-Ezodu tac-Cikonji which won the National Book Price.

Guze Stagno: Another controversial writer with publications like ‘Inbid ta’ Kuljum’ and ‘Ramon u z-Zerbinotti. His books are intelligent and fun.

Then there are the emerging authors who are managing to captivate quite an audience through interesting stories and fresh designs.

Gabriel Schembri: A journalist with a love for the Maltese language and storytelling. His two publications Esklussiva Dotkom and Patria cover controversial topics and have managed to intrigue young and adult audiences alike.

Leanne Ellul: Her novel Gramma was the winner of the Novel for Youth Prize and deals with anorexia.

The Maltese music scene has been undergoing some incredible change. Artists are experimenting with sound and lyrics like never before. If you want to listen to some good Maltese music, check out these bands which are local favourites:

Brikkuni: A well-established band which does not hold back from controversial topics be it politics, gender or religion.

Brodu: They launched a couple of albums which are truly remarkable both for the music, quality and production.

The Travellers: They lean more towards the commercial type but their sound is good and attracts fans of all ages.