Of myths and legends: Meet the Maltese Women Generalising about women is a dangerous business and also a tad disrespectful. But in this article we will not point any fingers at what constitutes a Maltese woman. There’s just too much to describe. What we are trying to do in this article is merely point out what is myth and what’s fact. What the Maltese history tells us about women and tips for women travelling to Malta in general.

Let’s start with the most important issue – safety. Recent statistics have confirmed that Malta is among the safest five countries in the world for female travellers. We are the second safest in the world ranking after Australia, followed by Iceland and New Zealand. This is a certificate of safety which is pretty accurate and should give you enough confidence to roam the beautiful streets of Malta with a serene heart. Obviously, this does not mean that you should act stupid and risk venturing dark alleys  oitered with drunks. But it is, comparable to other developed countries, a very safe place to visit. So solo-female travellers, you’re very welcome!

I guess that like everywhere else, dating in Malta is pretty standard. Tinder has managed to find its way through very easily and people are generally open for casual dating without much trouble. Just remember that the country is small, so meeting people is pretty easy. Even if you just go to the beach or out for a drink, you’ll end up speaking to someone by midday. Maltese women might be more reserved than of other countries. But nowadays the Maltese islands are full of foreign students and workers who have made Malta their home for a couple of years. We get English language students from every corner of the world including South America and Asia. Conveniently, the most popular language schools in Malta are situated in the clubbing Mecca of St Julians. So, after all, meeting foreign women or local can be made even easier. It is also worth mentioning that every person inhabiting the island speaks, in general, good English, and so communication is not an issue.
Speaking of foreign language students, if you are one of them, be careful. Men in the area are aware that many young women are in Malta for a couple of weeks and would make advances more obvious, knowing that students would want to make the most of their stay in Malta. Do your homework, don’t act stupid and you’ll be just fine.
There are obviously many myths and half truths about what makes up a typical Maltese woman. For one thing, Maltese women are normally very caring and warm. You might find some which will jump straight into establishing a relationship but there are those who would not say no for a one-night thing. It very much depends on what you are looking for. Maltese women generally have a tight circle of friends which although it might sound scary, it’s good to know that besides dating a woman, you will also be making some new friends.

Although Malta has managed to make gigantic steps into equality and efforts to diminish the gender gap have increased, the difference in things like salaries and  rofessions between men and women is still noticeable. A statistic which was released back in October 2018 shows that the gender gap in Malta is still one of the worse in all of the European Union countries. The stats shows that the female employment rate in Malta stood at 35% which compares very badly with the 65% by males. It was also stated that women earn 15% less salary in a month when compared to men. On a positive tone, Maltese women still do live 4 years longer than men!

The beauty of the Maltese woman 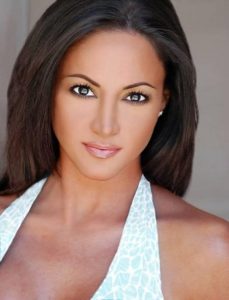 Malta has been invaded by the British, French, Arabs and a dozen more civilisations which apart from providing us with a rich culture and a mix of the most remarkable architecture in the world, it also blessed us with women and men of all mix and races. Walking the streets of Malta you’ll meet blondes, brunettes and red-heads in equal quantity. No matter what you’re after, be respectful and approach a girl with a friendly tone. Do not assume that because you’re a foreigner she’ll be ready to
fall into your lap.
Despite being known for its strong religious views, the Maltese are now more than ever open to any kind of sexual interest. Things which were previously considered taboo are nowadays more acceptable.

The Maltese are proud people who cherish their history be it in politics, entertainment or sport. Here are some which require an honourable mention:
Agatha Barbara: The first female to hold a Ministerial position and nominated as President for the Republic of Malta
Mabel Strickland: A journalist and politician, made her mark by being editor of two English newspapers in Malta
Daphne Caruana Galizia: A renowned Maltese journalist who uncovered some of Malta’s biggest political scandals, including the Panama Papers scandal. She was brutally murdered in a car explosion on 16 October 2017.
Caterina Vitale: First known female pharmacist and chemist working for the Knights Hospitaller back in the 1500s. 1947: First time women were allowed to vote in general elections
Nowadays Malta boasts as one of the most liberal countries in Europe, celebrating equality by being one of the first EU countries to introduce same-sex marriage. Politicians, however, are still reluctant to seriously debate abortion but feminist groups are heading the lobby as they claim it is a right for
the woman.
Female participation in parliament is, however, still low, especially compared to other EU countries. There has been progress throughout the last decade, but things are still slow when it comes to female representation.

Some of the most famous Maltese women