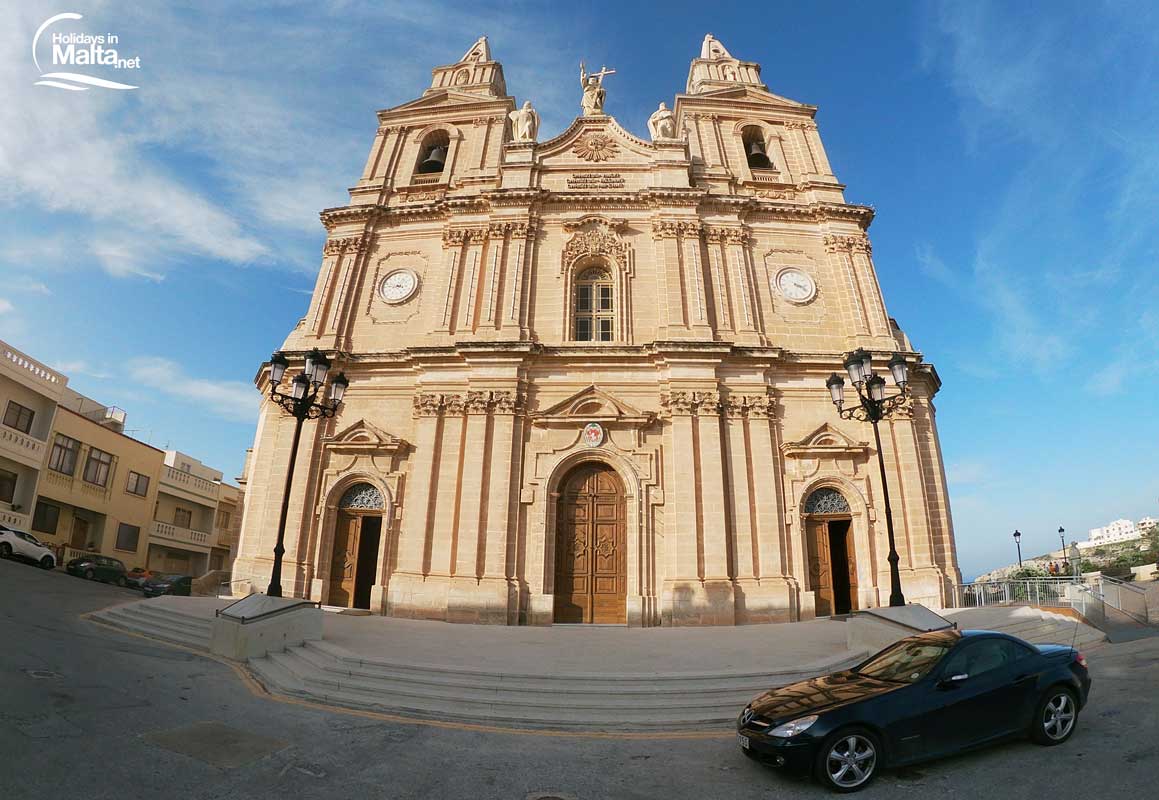 Mellieha has been a very prominent touristic destination for many years in Malta. Songs were written about its crystal clear waters and its pristine location has been the favourite thing for many Maltese and tourists alike. It is also home to probably Malta’s most popular beach – Mellieha Bay – and to many restaurants and bars which serve as a bonus for those who wish to indulge in this village of beauty. Here is all you need to know about your holiday in Mellieha.

Check out also our guide to Malta’s best sandy beaches.

Mellieha was considered a very small town, far away from the bustling centre of the island. In fact, many people still joke that the people in Mellieha are considered to be the equivalent of the people from the mountains in other European countries. Obviously these jokes are not malicious and locals know that considering the tiny size of Malta, such a description is neither real not adequate. For many years the apartments in Mellieha were owned by Maltese who spent their winters in the centre of the island but then wish to stay close to the sea during the long summer months. Over the years things have changed and from a town which not many locals invested in, it became a sought after quiet paradise. Nowadays, in fact, property in Mellieha can sell for anything between 200,000 euros up to 2 million euro or even more.

Being close to the sea, Mellieha has played an important role in Maltese history. Because of a mounting piracy problem back in the 1600s, the Knights of St John had decided to fortify parts of the coastline. That is why they built the famous Red Tower (Torri l-Ahmar) to show force to the approaching enemy. Over the coming centuries, many such fortifications and batteries were built such as the one in Mistra.

Later, during World War One, Ghadira (Mellieha Bay) served as a centre for British and Allied soldiers. The Marfa palace in fact housed over 2,000 injured soldiers. The building was demolished for the setting up of a holiday resort. Even during World War Two, Mellieha housed shelters underground for locals. Tourists can visit them as they have been recently reopened.

One cannot mention Mellieha without mentioning one iconic figure in the local music industry. Sammy Bartolo was the lead singer and songwriter of a band called New Cuorey. He passed away in 1997 following a hugely successful album launch. His unique voice and touching lyrics were legendry and many still consider him to be the best musician Mellieha has ever produced.

Where is Mellieha located?

Mellieha sits at the very northern part of the island. Very close to Cirkewwa, which is where you can catch the ferry for Gozo, Malta’s sister island. Reaching Mellieha is an uphill and winding road with a beautiful sanctuary dedicated to the Virgin Mary is awaiting you. It’s walking distance from some of the best beaches on the island. Not just the sandy ones, but beautiful cliffy areas which will test your fear of heights and pulse for adventure. 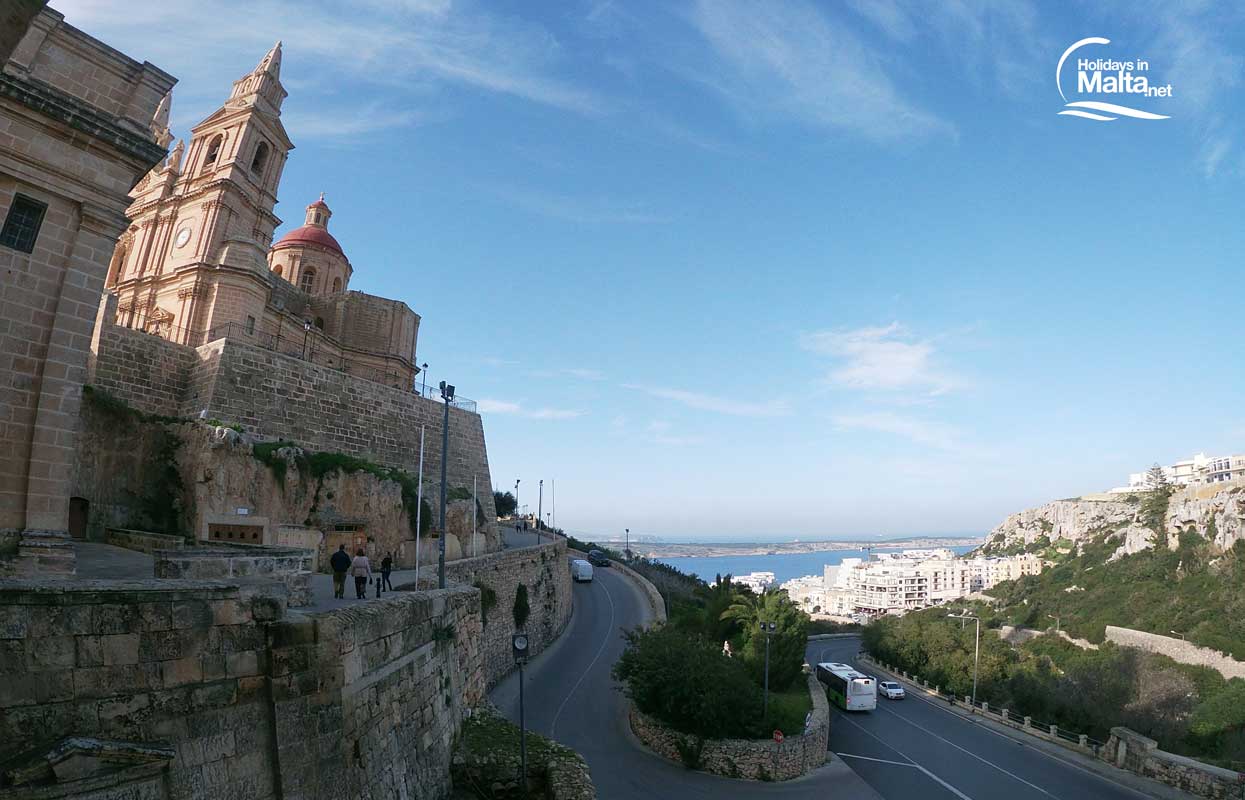 Why stay in Mellieha?

Despite being at the very northern tip of the island and many locals consider it to be ‘far’, in relative terms nowhere on the island is more than 30 minutes away. So staying in Mellieha you will stay away from the crowds, enjoy fresh breezy nights close to the sea and have a wide selection of venues for you to choose from for a nice dinner or drink at night.

Things to do in Mellieha

If you were to simply invest all the time of your holiday in Malta just for swimming in beautiful waters than Mellieha has just about anything for your to-do list. But surprisingly enough, this village also attracts tourists during the winter months when the sea is only enjoyable to see from solid land.

And if you’re in Mellieha for a nice dip in the sea, here’s what you can’t miss:

The Mellieha village feast is also quite an experience. It is celebrated on the 8th of September.

Where to eat and drink in Mellieha

The list is endless and more and more restaurants are popping up to accommodate the growing demand. Here’s what we suggest: 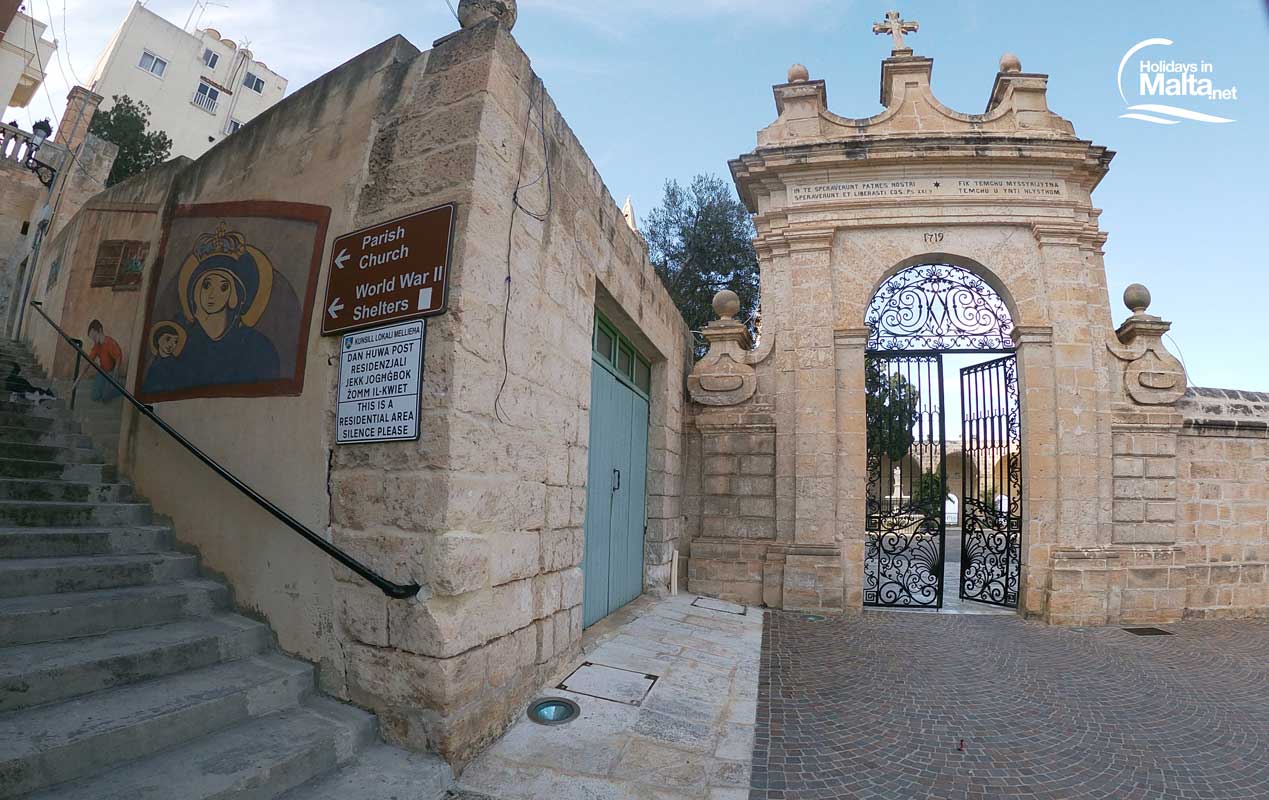 How to get to Mellieha?

From the Airport catch the X1 for a direct drive

From Valletta you can reach Mellieha by hopping on the numbers 41, 42 and 49.

From Cirkewwa it’s only a short distance away by catching numbers 41, 42 and 101.