Malta International Airport: All you need to know on you arrival and departure 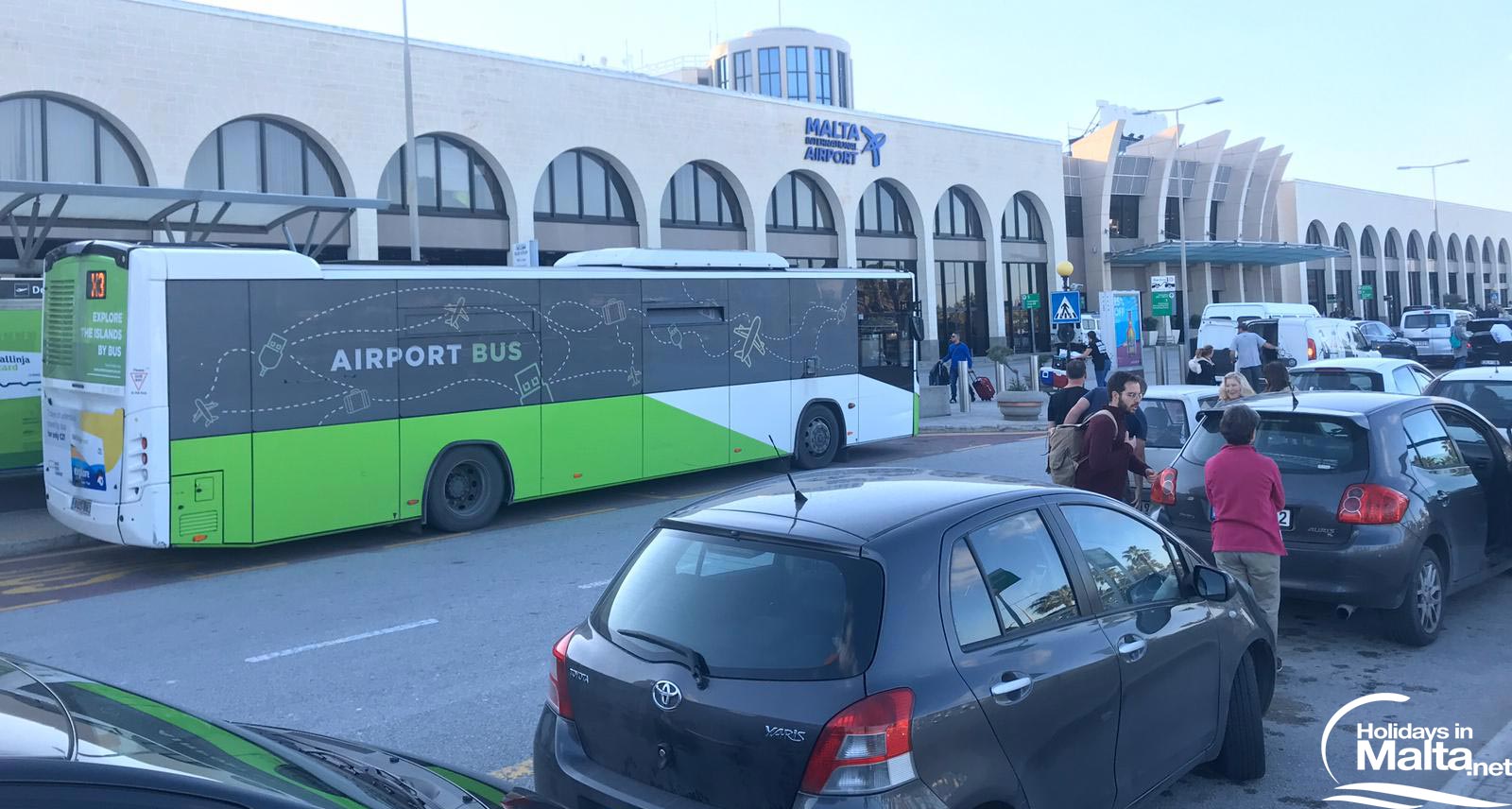 The best and easiest way to get to Malta is by air. Nowadays flights to Malta are much cheaper thanks to competitive prices by low-cost airlines all across the globe. The airport in Malta is often referred to MIA and both the locals and foreigners are very proud of this national jewel. Because our airport has really managed to surprise many with regards to services offered, cleanliness and design. That’s why MIA has managed to win multiple awards in recent years.

Only last year (2019), the Malta International Airport was awarded the best airport in Europe in its size category. The award was given by the Airport Council International Airport Service Quality Awards.  In 2016 and 2017 the MIA ranked with the first three which is quite an achievement Malta should be proud of.

Besides the awards for services and experience in general, the numbers which surround MIA are proof of it’s success. And statistics keep on providing black on white evidence that whatever formula they’re using, is working.

The Malta International Airport has managed to close off the year 2019 with a record 7.3 million passengers. That means an increase of 7.4% from 2018. This was the tenth consecutive year of growth in passenger numbers.

In one year, more than 51,000 aircraft passed through MIA and over 18,000 tonnes of cargo and mail was delivered. Italy, the UK and Spain remain the top markets for our airport but with an increased number of routes and new airlines emerging in Europe, this is expected to grow and change.

Where is MIA located?

Malta has one airport (understandably, because of the small size of the island) and is situated in between the towns of Luqa and Gudja. When you’re booking your holiday in Malta, however, you will find Luqa as your destination of reference. Normally, MIA will be listed as Luqa Airport. Destination code is MLA.

The airport sits at the southern side of the main island. Because Malta is so small, the location of the airport should not make much of a difference. For instance, if you are staying in Valletta, Sliema or somewhere near the harbour area in the centre, you’ll land some 20 minutes away from your accommodation. The furthest point would be Mellieha which is around 45 minutes away on ‘normal’ traffic days.

Services offered at the airport in Malta

Connectivity: Once you’re inside the Airport building you can log into the MIA Wifi which will prove handy if you want to get in touch with family or friends upon arrival. If you really want to stay connected from your day one of entry into Malta, you can also purchase a Sim card of one of the service providers in Malta. The most common and best covered mobile service providers are Vodafone, Go or Melita. The sim cards can be purchased from one of the shops at the arrivals hall at the airport. Don’t worry, you won’t get lost. There’s only one arrival hall!

Health: There is also a pharmacy which is well-stocked and equipped for all your medicinal needs. It’s the shop next to the point of where you exit the baggage claim, on the right side.

Entertainment: Right next to this pharmacy, there is also a shop which sells magazines, books, newspapers and some food as well.

Cash: There are ATM machines next to the exit door of the Arrivals hall on the left. And there’s also a currency exchange machine right next to it which services most international currencies.

Lost or damaged Luggage:  To be clear, having lost luggage is not a common occurrence in Malta. However, if this happens, the first thing you should do is report to MIA staff. There is a desk inside the baggage claim area just before you step into the arrivals hall. The MIA personnel will then file a Property Irregularity Report.

If it’s missing, they will also try to trace it and they will make sure that is delivered to your address as soon as possible. At the desk, you will also need to present your flight ticket and baggage receipts.

Also remember that there’s a Lost and Found section near the check-in desks at the Departure Hall.

As referred to above, the Malta International Airport has just the two halls, one for Departures and other for Arrival. The two halls are divided by a short 2 minute walk. Rest assured there’s no way you can get lost at MIA. Actually, just at the point between the two halls, there’s a stairs which takes you to a small food court. Fat Harry’s is a local favourite. Locals come here to watch football games and have a pint of beer.

Back to the Departure Hall, this is what you can find:

Once you pass through the scanners, you’ll then end up in the Departures Area. Naturally, only those with a passport and boarding pass can get to this area. There you pass through a Duty Free Area where they sell everything from chocolates, to glasses, perfumes and the rest.

There is also a couple of places where you can eat something small or have a quick pre-flight coffee. There’s also a nice Hard Rock Cafe.

There’s also a book store which has a wide range of books in English and Maltese, plus some interesting magazines and newspapers. 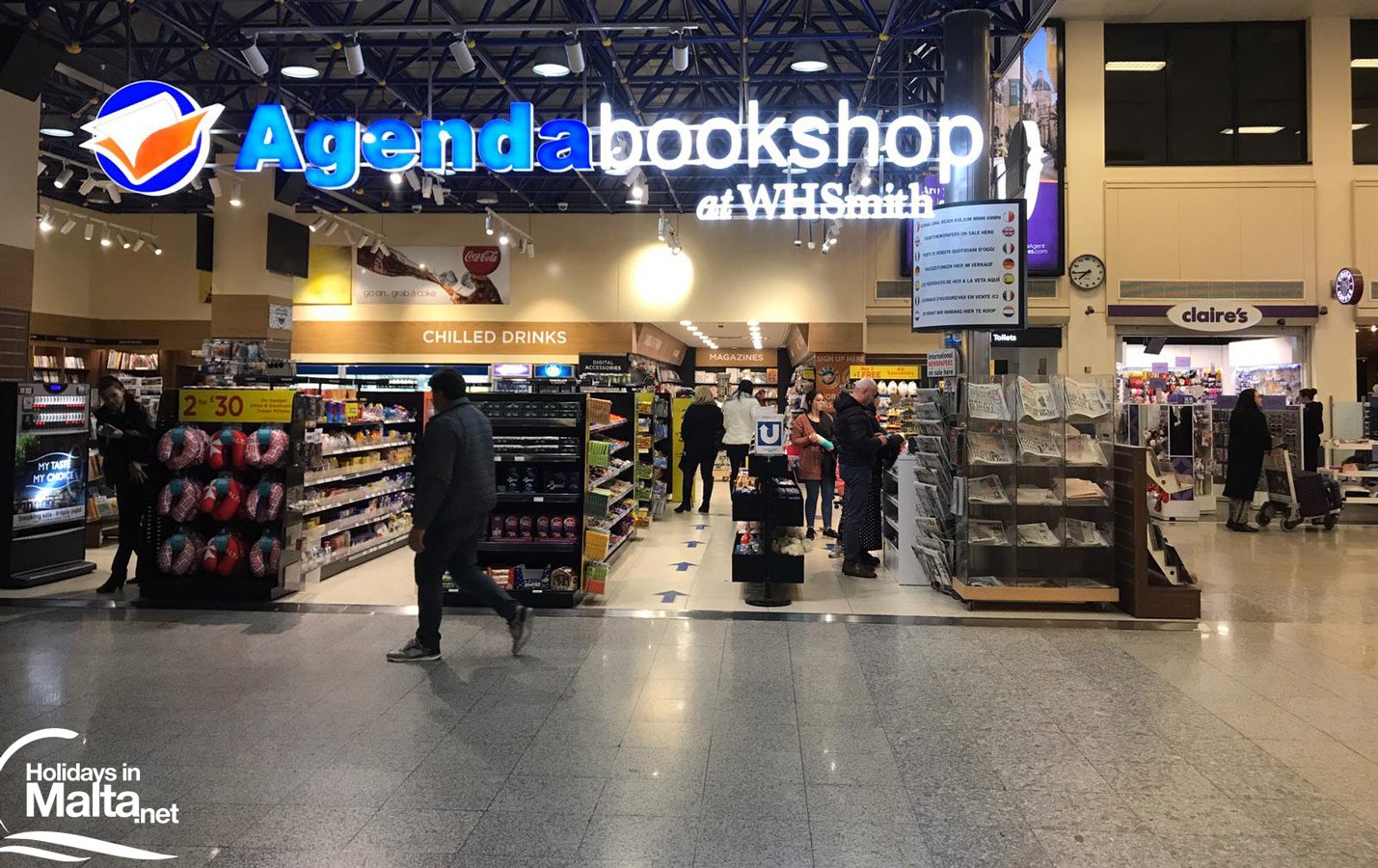 A five-minute walk outside the Arrivals Hall, you can get to a beautifully, modern designed building which can keep you entertained for a couple of hours. Skyparks offers some good places to sit and relax, perhaps if you have to wait for transportation or someone to pick you up. Check out these places at the Business Centre: 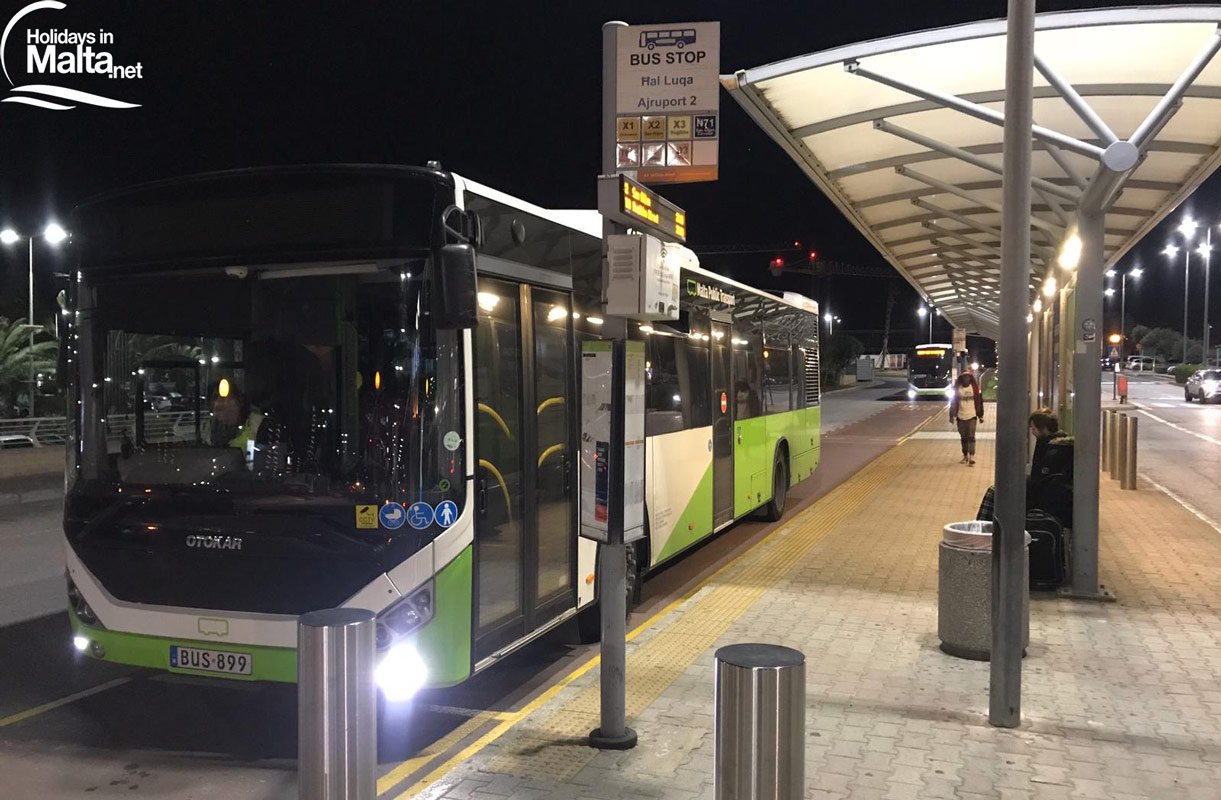 Inside the airport there are taxi stands where you can fix a price for your destination, however, it is advisable to book a transfer in advance for “meet and greet” option, you can do it here and the driver will be waiting for you at the arrivals gate, which will save you some time and even some cash.

The cheapest option would be to get a bus, of course, but only use a bus if you’re in no particular hurry. There’s also a couple of car hire company stands at the Arrivals Hall.

Catching a bus to your destination:

To Cirkewwa (where you can catch the ferry to Gozo) – Get the X1 passes through the Hospital, University and the outskirts of St. Julians.

To Sliema To get to Sliema from the Airport, get the bus X2.

To Valletta (The Capital) – To get to Valletta from the Airport by bus, you need to catch the bus X4.